A common denominator for businesses that succeed vs. those that are struggling or failing is the absence of a direct-mail system that works and steadily investing in it. This month’s S&D Example is a testament to that.

One of my biggest frustrations with users of direct mail is their “one and done” approach, and I mean that in two distinct ways. The first way they use “one and done” is they send one piece of direct mail, one time, to a ridiculously small test group. If it’s not an instant home run, they immediately throw their hands up and walk away pronouncing, “well that’s a waste.”

The other “one and done” aspect is creating a marketing asset (in my case a direct mail package) and using it one time, for a specific purpose, then never using it again. I call this “random acts of marketing.” While the ROI can be great, your “return on time” is abysmal. Why would you create something then only use it one time? Did Budweiser run “Dilly Dilly” one time? Of course not, but I see small business owners make this same mistake all the time.

This month’s case study is the definition of finding and investing a marketing SYSTEM, testing, tweaking and measuring, over and over again, until you max out it’s ability. Barry first came to me in the fall of 2016 with a challenge. Barry owned (past tense, he sold his practice in late 2018 largely on the back of his marketing SYSTEMS) a law practice with offices in Dallas, Ft. Worth and Austin. He had a direct mail system that was doing OK, but he needed to squeeze just a little more out of it to make is very profitable. 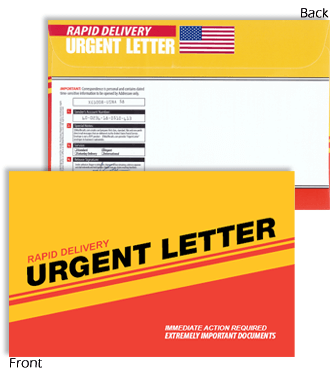 The first thing we tested was the envelope. The one you see in here was the winner, barely beating out one, and soundly beating another, both alternate versions of our “faux” express envelopes.

Then we tested the letter, a few tweaks here and there. The biggest revelation was including the testimonial sheet. He originally insisted on not including it, due to the added cost. However, the 1 sheet insert proved to boost the response rate enough that the added cost was nullified. A third test was to include a flyer in Spanish.

About 35% of his clients are native Spanish speakers, though most of them are bilingual. We found that actually suppressed response, so on the scrap heap it went. What you see is 9 months and nearly 100,000 letters worth of testing. That’s the definition of investing and testing a marketing SYSTEM.

But that just covers the first aspect of “one and done.” What makes this campaign such a profit producing SYSTEM is the repetitiveness of it. Barry is a criminal defense lawyer, representing the accused in a handful of different felony arrests. This information is public record, as long as you know where to look. That means every day, a new list of potential clients is published by the court system, replenishing our mailing list each morning so the marketing asset can be deployed over and over again.

Here’s the challenge to you. What list can you find, that can be replenished on a daily, weekly, monthly, or yearly basis, that you can exploit to your advantage. You don’t want a “one and done” campaign. For Barry, easy is to ID that list. However, it may take a little digging for you. For example, remember the auto shop I mentioned earlier.

Every business has a list like this they can mail, you just need to do a little digging, a little testing, invest in it over time and it’s almost always something that will pay off in the long run. 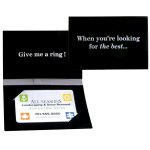