Handling Objections and Making the Sale When it comes to the sales process, there’s a standard set of objections that every sales person is going to hear, no matter what is being sold.

The secret to success is to be prepared for these objections. The best way to be ready for them is to script them out in advance, handle them and memorize them. Top sales professionals do this all the time.

An objection doesn’t necessarily mean there’s a level of conflict. An objection isn’t the same as saying “no”. The potential buyer is actually seeking more information, feeling a little uneasy about making the commitment, and looking for a compelling reason to go ahead and buy.

As a salesperson, it’s important to understand what the customer is really saying when they object and to keep moving forward with the sales presentation. So when that common objection comes up, you know what the customer is really thinking and more importantly, exactly how to handle the situation. And that’s where scripting in advance comes in. You know what to say and how to say it as you get ready to close.

“It Costs Too Much”

If you’ve done a thorough job of selling value-to-price, this objection is usually concealing another, deeper reason for resistance. The buyer is either covering up something that is hard to put into words, or they just don’t really know how to verbally express themselves.

Many times it means “I can’t afford it”, which is different than telling you something is priced too high. They may feel guilty about spending that kind of money on the product or service, feeling as if they really aren’t good enough or worthy of the end product.

If you are hearing this objection too often, you’re talking to the wrong prospects. Your marketing is attracting the wrong kind of prospect.

America is the richest country in the world. Millions of Americans really don’t need anything. They drive a nice car. Have a closet full of clothes, all kinds of entertainment devices and toys for idle time. They live in fairly spacious homes with many modern conveniences, at least compared to the way the rest of the world lives. In fact, the higher the affluence level, the less likely they are to really need anything.

What does “no need” really mean? It means you haven’t sold them well enough. Face it, most people buy enormous quantities and a diversity of things that they don’t need, probably to feel better about themselves and their situation. The truth is people buy what they want, not necessarily what they need.

This objection comes up, particularly when a good sum of money is required, for instance, a down payment on a home, furnishings for several rooms, a new car or maybe a financial investment of some sort.

This one tends to be the result of lazy selling, or rushing to close a prospect that doesn’t have the ability to buy. There’s one way around this objection. The person who needs to be present (assuming it’s usually a spouse or significant other), needs to be there. End of story. It needs to be a mandatory part of a preliminary findings presentation. Otherwise, there’s no need to have the sales presentation.

Sometimes a sales person who is desperate, or possibly overconfident is going to say “just get me in front of someone, anyone, and I’ll close the deal.”

But that’s not the point. That just won’t work for anyone. It’s going to be ugly and uncomfortable, and possibly confrontational and certainly frustrating. In cases like this it’s important to qualify leads up front. Know in advance if some significant other also has to be in agreement before the presentation takes place and then make sure they’re in attendance, or the sale is going to fall apart right in front of you.

“This Won’t Work for Me”

Here’s another example of an objection that should be handled up-front during the preliminary presentation, when a sales person is qualifying the lead.

As far as countering this objection, testimonials are usually a strong weapon. If you’re taking your time and working your way through the script in advance, you’ll have plenty of ammunition in the way of customer/patient testimonials should this one come up.

This is when a prospect believes in what you’re saying as a sales person. They believe the testimonials. But they don’t believe in themselves or trust in themselves.

It’s a hidden objection because most prospects are not willing to come right out and say this.

It all boils down to the “ghosts of disappointments past”. It’s the diet or exercise regimen they quit on. It’s the self-help book that they failed to follow through on. Or the online training course they didn’t get around to completing.

This objection may be the most valid of them all. It’s people realizing their limitations and recalling less-than-successful outcomes in the past. The best way to answer this kind of hesitation is to let your prospect off the hook. Tell them it’s not their fault and it’s in the past in a way that’s appropriate and encourage them to move on and remain positive and focused.

“I Have to Think About It”

This is similar to “it won’t work for me”. There is hesitation because of past failures. The blame goes on something that didn’t work out too well in the past, and it’s clouding the decision-making process, casting a dark shadow and stirring up uncomfortable memories.

You need to counter this with an answer that tells the prospect why this time is different. The prospect needs to rationalize this and come to an agreement with you.

It goes back to the prospect not having trust in their judgement. They are replaying a movie in their minds and the ending is bad. You need to help them move through that. You may want to try and get a conditional sale out of it. It’s one way to get them to move forward. Basically you’re telling them “let’s move ahead with this and then if you think about it and it isn’t for you …” As a sales person, you’re trying to make them move away from bad past experience and forge ahead with their life. 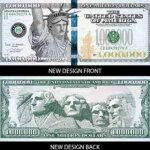